here comes a day in everybody's life when one needs to sit down and decide what to do with the rest of it. Somthing similar happened with Samay at the age of 27 year. He wakes up and finds that he barely has any money left in the bank and

The Debt Collector's Due

There comes a day in everybody's life when one needs to sit down and decide what to do with the rest of it. Somthing similar happened with Samay at the age of 27 year. He wakes up and finds that he barely has any money left in the bank and the only job anyone may give him as a debt collector for small businesses.

His ordinary life takes a mad turn when he is mistaken by mob leader Pande for a hitman and given Rs 75 lakh as payment. Samay wants to take the money and flees the city but he finds that Amrita, his college flame and now a journalist, is next on the hit list. This novel is a wild ride through the drama of college heartbreak and terrifying murder in South Mumbai's Parsi colony from the sweaty alleys of Crawford market to the mist-filled valley of Panchgani.

The Two-Year Mountain: A Nepal Journey

When Phil Deutschle sets out for Nepal, he is naively unaware of the ordeals he will face - striving to teach in the Nepali language,

suffering from debilitating disease, painfully adapting to a foreign

culture - but imperceptibly over two years, he grows so attached to the village that he ultimately leaves it in tears. Following the alienation of his departure, he sets off on a reckless, solo climb of Mount Pharchamo, hardly caring if he survives. Now 34 years later, Deutschle returns to his village, intenting on learning the fate of his family and his students in the wake of Nepal's bloody Maoist civil war.

Dan and Krish have invented a gadget that will change the way people experience reality. When their invention is still in its trial phase, an accident kills Krish's

sister, Maya. Little does he know that Dan and Maya were deeply in love. For both, the pain of her loss is intense, but Dan will not accept

losing Maya, and challenges the powers that took her away. He sets about creating something unique that he knows will fulfill Maya's dream of becoming a dancer and also satisfy his need to be with her.

Simi's Mum's Diary: The Daughter of All Battles

Being a mother of a 27 year old can be a nightmare. Particularly if she is sassy, stubborn, sulky and selfish - like Simi.

Simi's mum is cool but confused. Why is it that when normal girls are falling in love with vampires and other sexy corpses, her daughter brings home the most disgusting specimens of mankind imaginable? There is this firang who loves

hanging out in slums.

And then she is accused of being an evil khap panchayat mum. It is

terribly frustrating, because Simi's mum is dying to introduce her to medical student Imran - the cutest and nicest guy ever, who just

Because, no matter how cool she thinks she is, she will never be cool enough for Simi.

A success story called the AAP

This is a well-written story about the rise, the fall (crash?) and the growing stature of the Aam Aadmi Party (AAP). Saba gives full marks to the spirit of volunteerism that proved the key to the AAP's success.

After all, it ran a campaign and won the Delhi elections "with the kind of money that can only buy one bungalow in the heart of the city". Its biggest asset was

The book is all about AAP. Delhi Chief Minister with no portfolio is determined to turn into an

innovative administrator from his previous avatar as activist and campaigner. He has an

imagination and the will. Now, let's see if he can apply it. 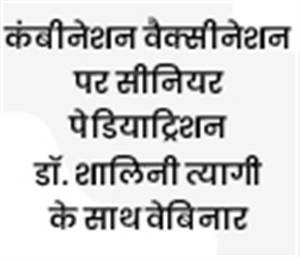