wondered why have the tornadoes shape of an inverted cone? Or why do most clouds appear to have defined edges? Or why is the night sky black even though it is full of stars? Many such intriguing science queries are dealt with in this compilation of 132 science- related questions with

wondered why have the

tornadoes shape of an inverted cone? Or why do most clouds appear to have defined edges? Or why is the night sky black even though it is full of stars? Many such intriguing

science queries are dealt with in this compilation of 132 science-

Divided into various sub-heads like chemistry, evolution, alcohol, transport and earth, the book is the key to many such questions which leave us all wondering at times.

A young man confesses to a bizarre crime. A girl is hailed as a miracle worker when she makes a desperate appeal to God. A seaside town is plagued by

mysterious thefts. The death of a whore triggers a lifelong obsession in a teenage boy. A refugee returns to Sri Lanka to find a country engulfed in a living nightmare. In the vivid and inventive tales, the author gives shape to the unspeakable violence during the years of Sri Lanka's civil war.

Ella Laraway, an HR executive, leads a massive outsourcing of jobs in Toronto. Her US mentor, Odette Dodeur, is later found dead, her body shipped from Toronto to China in a barrel along with the message

'outsource this'. Accusing Laraway of

incompetence, the company CEO makes her a scapegoat in Dodeur's death and assigns her as the company's liaison with the detective investigating the

murder. But is Laraway safe? Will she be willing to kill in order to save herself?

economic crisis is starting to make its presence felt in India, Delhi is reeling under an unprecedented cold wave and Ramji, an

discovered the body of Prakash Sahni, India's top tycoon. Summoned by Mataji, the formidable matriarch of the Sahni family, Ramji sets off to investigate the tycoon's

dealings, to find her son's

murderer. Assisted by his

uncovers a murky web of

financial irregularities and family intrigues that threaten to shake the very foundations of the Sahni business empire and destabilize an already turbulent nation.

2. he heart wants what it wants

How Modi Won It: Notes from the 2014 Election

Marked by deep ideological divisions and a massive

general election has been

historic for its verdict. The nation witnessed a massive election campaign that can claim to have revived US Presidential polls. A political party won majority in the Lok Sabha for the first time in three decades. Noted journalist Khare offers a meticulous account of what he saw, heard and read during his tenure as Media Advisor to then Prime Minister Manmohan Singh. He elucidates how the different political stakeholders kneaded into their day-to-day campaign rhetoric that latent cultural angst, economic anxieties and political expectations of a nation has changed

irrevocably over the past decade to persuade the Indian voters to cast a decisive vote. 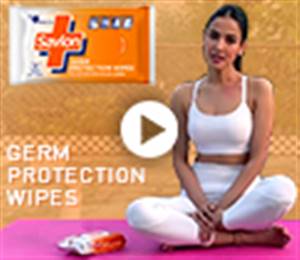