Asian Games 2010 and Cricket! But What about India

Can! one imagine an Asian Games Cricket Tournament without India? Most of us would be thinking, what’s the point in thinking about this ridiculous question?

If it is a religion then they are God,
We call them the aviator that beers all

This is what the perception we posses about cricket. But regardless of the facts India is not participating in the 16th Asian Games Cricket Event. Yes! It’s true. The 2010 Asian Games, better known as the XVI Asiad, are scheduled to take place in Guangzhou, China from November 12 to November 27, 2010. Guangzhou is the second city in China to host the Games after Beijing which hosted the games in 1990. 42 sports and a total of 476 events will be played in these Asian games, 14 more than take place in the Olympics, making it the largest event in history of the Games.

• Cricket is among the five debutant sports in the Games and will host both Men and Women Events.
• The proposal to include cricket was approved at the Olympic Council of Asia’s General Assembly in Kuwait.
• All the matches will be played in T20 format
• Teams from Srilanka, Pakistan, Bangladesh and the host nation China will compete in the event.
• India has opted out of the competition due to other “international commitments.”
• However other test playing nations will send their weaker side due to their other ICC events.

This is not the first time that Cricket has featured in any of the multi-sports events. The 1998 Malaysian Commonwealth games hosted the cricket as an event though most of the Test playing nations 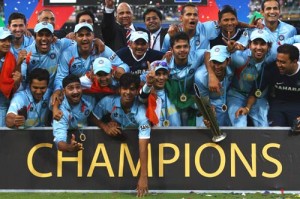 were below power and The South Pacific games has had cricket as a discipline for a number of years.

But! Is it really justified to include cricket in any of the multi-sporting event? We have seen Commonwealth Games most of the teams were below power and so is the case of this year Asian Games too. Asian Cricket without India is not justified.